Algonquin College: A Modern Upgrade for a Classic College

Algonquin College had already chosen Rousseau products for other departments, so it was a natural choice to once again turn to Rousseau for their audiovisual department! The storage system they chose provides optimal use of space and reduces the need to constantly move equipment around to make space.

To remove the need to constantly move equipment around, the faculty wanted to improve its storage by maximizing use of floor space.

Rearrange the AV equipment storage room with a highly secure storage solution that optimizes use of space.

Algonquin College, on Woodroffe Avenue in Ottawa, was in dire need of reorganizing its storage system so audiovisual equipment could be better protected and would not need to be moved around unnecessarily. With Spider® shelving already being used in another of the college's departments, the project manager wanted to use Rousseau products again.

“We received a call from the college,” explained Steve Mazerall, a salesman at Econo-Rack, “They explained they needed to improve the organization of their audio visual storage room.” The existing facilities were not really adequate for the faculty's needs. Some equipment had to be constantly moved from one place to another as the available storage space was not sufficient. “Our basic need was to make more efficient use of the space we had and acquire more space per square foot in our TV Broadcasting Program building,” explained Duane McNair, the project manager at Algonquin College. The customer also mentioned that the storage solution needed to be highly secure, “We needed drawers that would lock because we had to store expensive lenses, cameras, and audio equipment.”

After seeing the existing layout, Steve Mazerall immediately understood the problem, “There was a lot of open shelving and the cameras moved from one section to another. Also, there was too much space between the shelves.” Steve therefore proposed Rousseau Spider® shelving and came up with different plans before the customer placed the order. The Spider® shelving system, combined with Rousseau drawers, means up to 6 times less storage space can be used compared to traditional shelving. This was therefore the ideal solution for a project like this where storage space cannot be expanded. Following discussions between the customer and the Rousseau expert, a configuration tailored to the needs of Algonquin College was accepted. To meet the college's security requirements, locks were added to the drawers and doors were installed on some shelves.

According to Steve Mazerall, the installation went very well, “We received all the material on a Friday and did the assembly the day after. Our team already knew Rousseau shelving very well, so the installation only took two days.” The specialist has been selling shelving from different companies for 15 years. This man knows shelving! "However, when I started with Rousseau, I was immediately struck by how easy everything was to assemble. All the components fit together perfectly."

After the success of this installation, a second department decided to purchase a Rousseau storage solution. “We were running out of space to store our photographic equipment,” explained McNair. So Econo-Rack was once again called upon for help. “We provided 2 Spider® units with drawers and many racks, 27 open shelves, 1 workstation and 2 wall-mounted cabinets,” said Steve Mazerall.

This major project has given the renowned college a much-needed face-lift while enhancing the functionality of the facilities. The building has many windows so passers-by can see inside the building. The project manager is very proud of the result, “It looks more professional; it’s more esthetically pleasing.” And with regard to the more practical aspects, he adds, “There is more room to store equipment. Everything is set up in a much more efficient manner.” Like many other training centers, Algonquin College now boasts a durable and versatile solution.

Steve Mazerall was certainly extremely satisfied with the outcome, “Before the storage rooms were redone, it was all open shelving that did not offer any efficient use. There was a lot of wasted space. Now, there is much more storage space that also offers improved security. We got rid of all the plastic bins and containers. The work area looks really nice—the colors are light gray and Avalanche blue. When people come into the room, they are impressed by how nice it looks.” 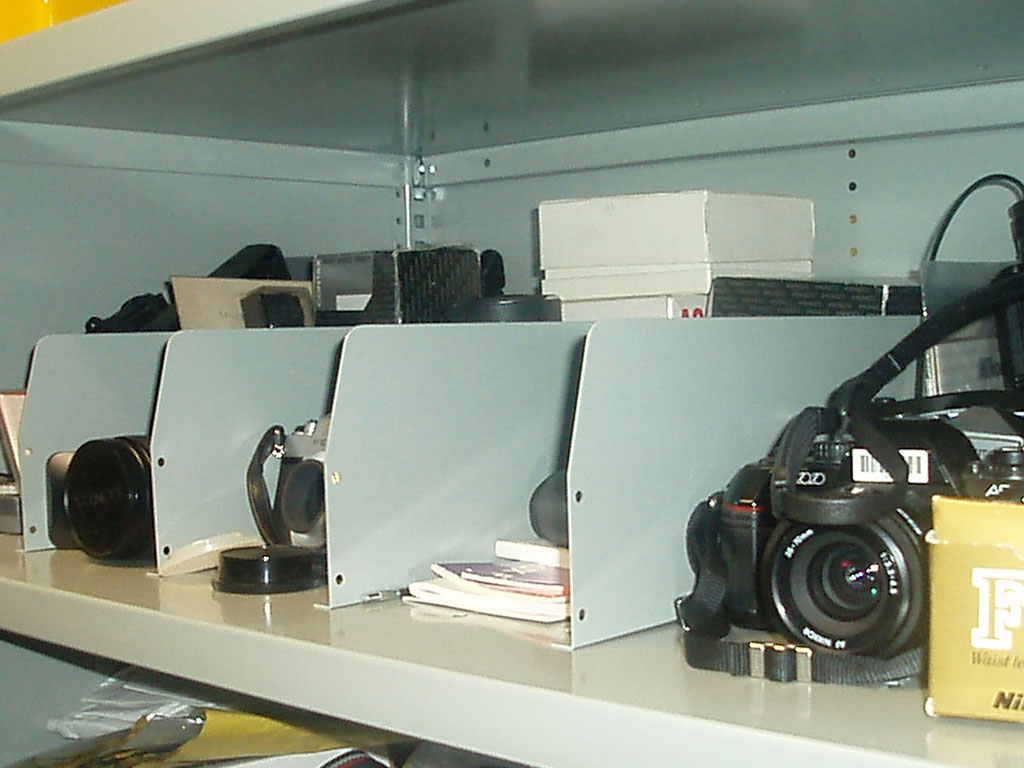 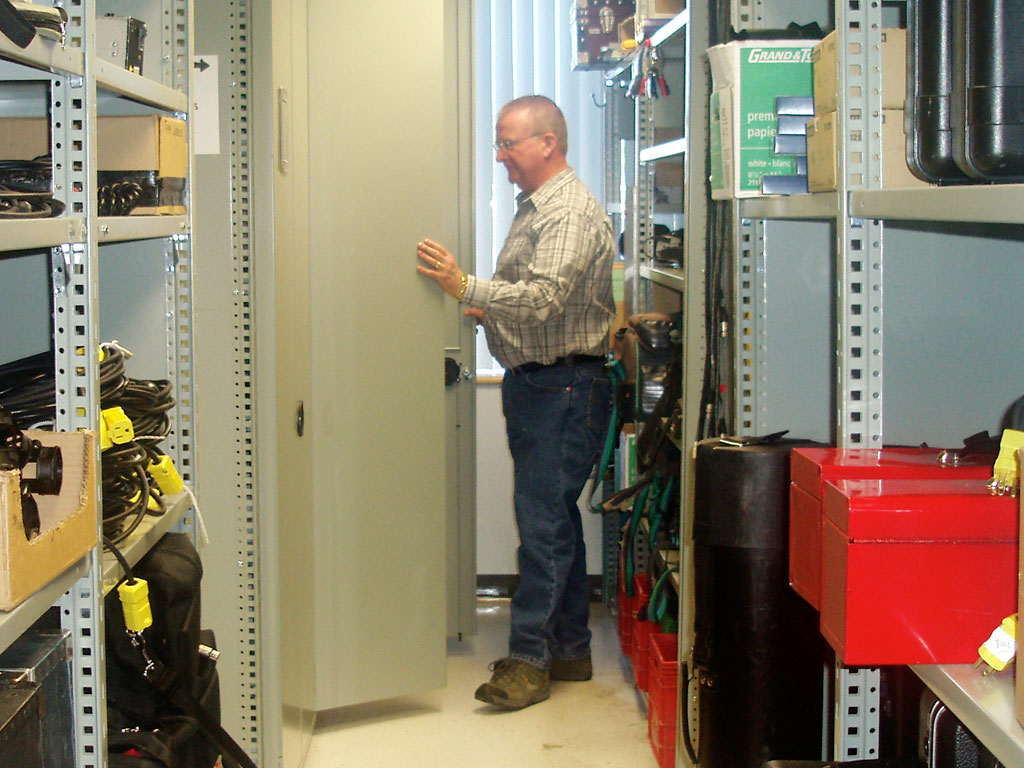 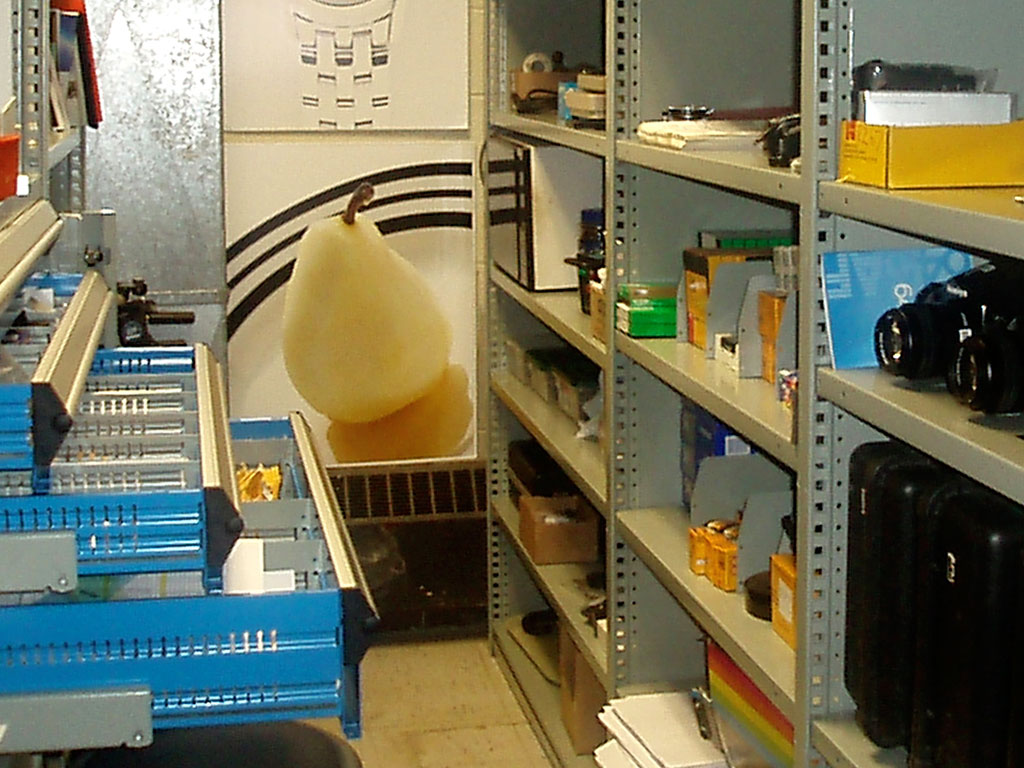