Rousseau: Helping Live To Play Sports Move Up A Gear

For Live To Play Sports, a Canadian company at the cutting edge of technology, the versatility of Rousseau was a major asset that contributed to the project's success. With a wide variety of dimensions and combinations of compatible product lines to choose from, one of Rousseau's biggest strengths is its ability to create true tailor-made solutions.

As leaders in the premium bicycle industry in Eastern Canada, the company wanted to upgrade its work and service department.

Optimize technicians' tasks and improve the company's image among distributors.

Live to Play Sports has been distributing premium bicycles since 1964. The company's goal is to connect Canadians with cycling and to distribute bicycles, parts and accessories across Canada. With its Eastern branch becoming increasingly popular, the company wanted to upgrade its premises to make its technicians' tasks easier and to improve the look and functionality of the work environment. As Mr. Kyle Cresswell, Quality Coordinator at Live to Play Sports, explained, "There was a bigger need for a much better work area and service area, as well as to make it look a lot nicer for dealer tours, dealer seminars, training seminars and things like that."

After researching online, Live to Play Sports chose Rousseau. They then met with their local Rousseau representative, Jeff Burford of Metric Storage Systems. The project comprised several stages. First, Rousseau experts from Metric Storage Systems went on site to take measurements. They then presented some options based on the company's requirements and the Rousseau products possible.

Live to Play Sports chose a combination of workbenches and heavy-duty "R" cabinets. For the work department they chose slightly higher workbenches than normal. This increased height was exactly what they needed and was of great benefit to the company. Furthermore, the way the space was planned meant all their tools were at hand. For example, the cabinets above the work surfaces were extremely handy. It allowed them to gain extra storage space. It definitely reduced time wasted on finding items because all their equipment was now stored in the same place. For the service department, the newly designed space helped increase productivity and kept people's focus by eliminating unnecessary trips, according to Mr. Cresswell.

Among the strengths of Rousseau is how the products are so versatile and can be easily customized to customers' needs, both in terms of appearance (using 20 standard colors) and storage requirements. It was this tailor-made solution for the daily challenges of Live to Play Sports that made all the difference for the company. In Kyle Cresswell's own words: "I would definitely recommend Rousseau. It worked out very well for us." 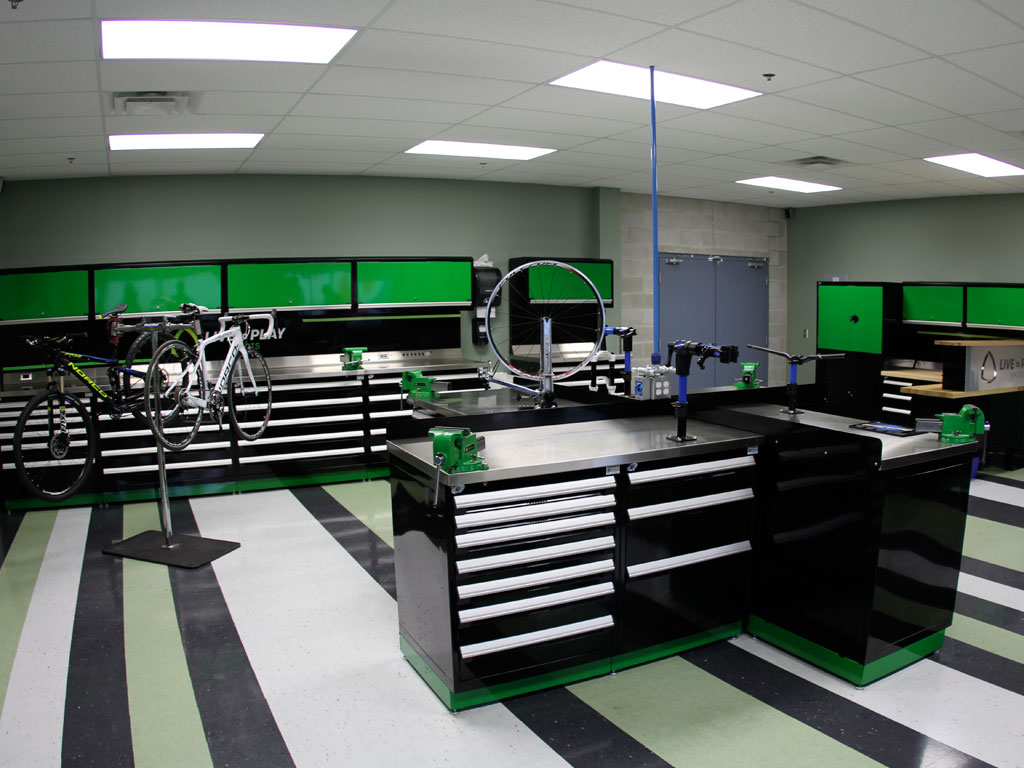 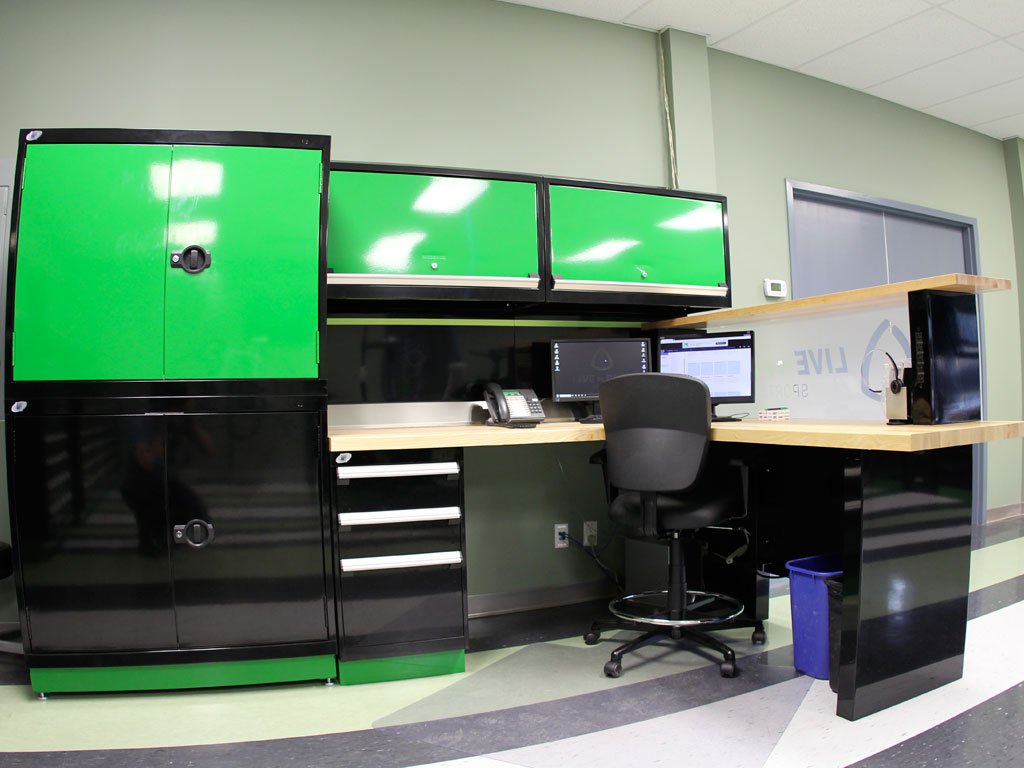 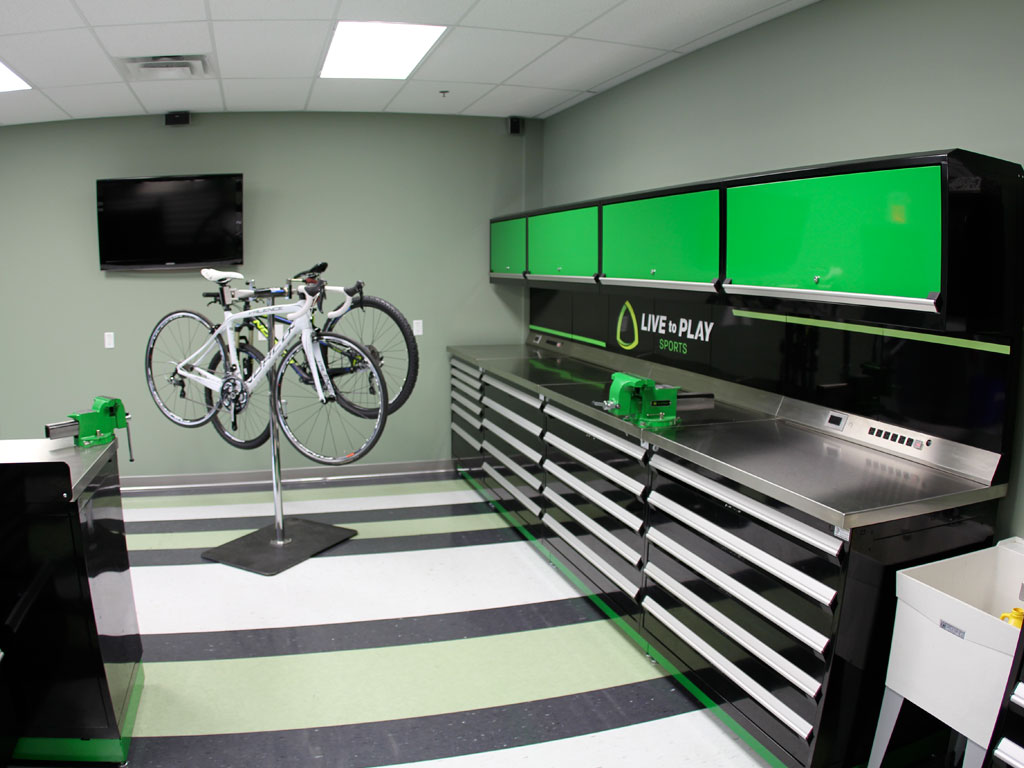