A special transformation for an auto technology classroom lab

Thanks to a visionary principal, a school team, local businesses and a range of partners, the auto tech program at Troy High School in Michigan has won renown across the country. What was once an old classroom with engine-oil-stained carpets is now an auto lab with modern furniture, the latest technology and tailored storage solutions to mirror a real service center.

The automotive industry is constantly evolving. Auto technology schools need to keep up to avoid losing touch. Being able to offer an advanced program with high-end equipment is no small task, especially when the budget is usually small. Despite this, a shared goal united everyone: to keep and improve the auto tech program at Troy!

The school Principal, Remo Roncone, grabbed the bull by the horns and started looking for potential partners for the project. He first discussed with David Easterbrook from AME Automotive, a provider of specialized equipment for auto dealers. As one of our distributors, Easterbrook immediately thought of Rousseau for collaboration on the project.

The challenge was to provide the right furniture and storage solutions for teaching auto mechanics, but to also create a pleasant and professional environment that would be conducive to learning.

The local dealer started by showing color samples and recommended Rousseau because of the quality and durability of their products. They then showed the options that were available during the design phase of the space, creating drawings and layouts to ensure that everything would fit where it was supposed to. “Overall," explained Dan, “Rousseau’s local dealer listened to our needs and made sure that we were happy with our choices before any product arrived. Their installation team was fantastic and they built it exactly as it was planned.”

The choice of Rousseau products met the school's requirements perfectly. Rousseau built a classroom composed of stationary workstations with laminated wood surfaces that were comfortable to sit at and could be used as tables or workbenches. Rousseau also provided multifunctional workstations that enabled a range of uses: a flat surface for computers; storing teaching materials in storage cabinets on top; and storing and organizing small parts in plastic bins hung on perforated panels. Perforated 5S wall panels were added to optimize use of space and to keep the floor clear. Rousseau also offered shelving with integrated R drawers for organization of small and medium-sized parts, mini-racking for large and heavy parts, and storage cabinets with heavy-duty, ergonomic handles for work clothing. In addition, Rousseau provided stationary toolboxes with foam, which helps to identify missing items easily, and mobile technician carts to accompany the students when they move to the garage area. All the requirements that Troy High School had were easily met by the wide range of Rousseau solutions offered.

“Through Rousseau's generosity, we have been able to transform an outdated classroom into a cutting-edge school lab,” explained Remo Roncone. The auto tech program with its state-of-the-art Rousseau products has generated a lot of enthusiasm. Students are excited by the equipment and the new layout. “We even have a new project: to expand the program by adding engineering and manufacturing specializations,” said Roncone.

Troy's automotive instructor, Dustin Warner, added that he now teaches in an efficient and professional environment that compares to the world's major auto dealerships. Rousseau products are extremely durable and well made. He noted that one of the big advantages of Rousseau storage solutions is their ability to offer multiple configurations. Classrooms can therefore evolve to meet new requirements, which adds even more value.

Having previously used products from other manufacturers, Warner asserts that Rousseau products are in a different league. This view is shared by Jacob Exum, one of the program's students; once he's in the job market, he'll be recommending Rousseau without any hesitation!

This project was rewarding and enlightening for everyone involved. For Rousseau, it was a fantastic challenge, which was tackled with great success. Rousseau is proud to have helped reinvigorate Troy High School and to have offered it a springboard to success as one of the best auto tech high schools in Michigan. 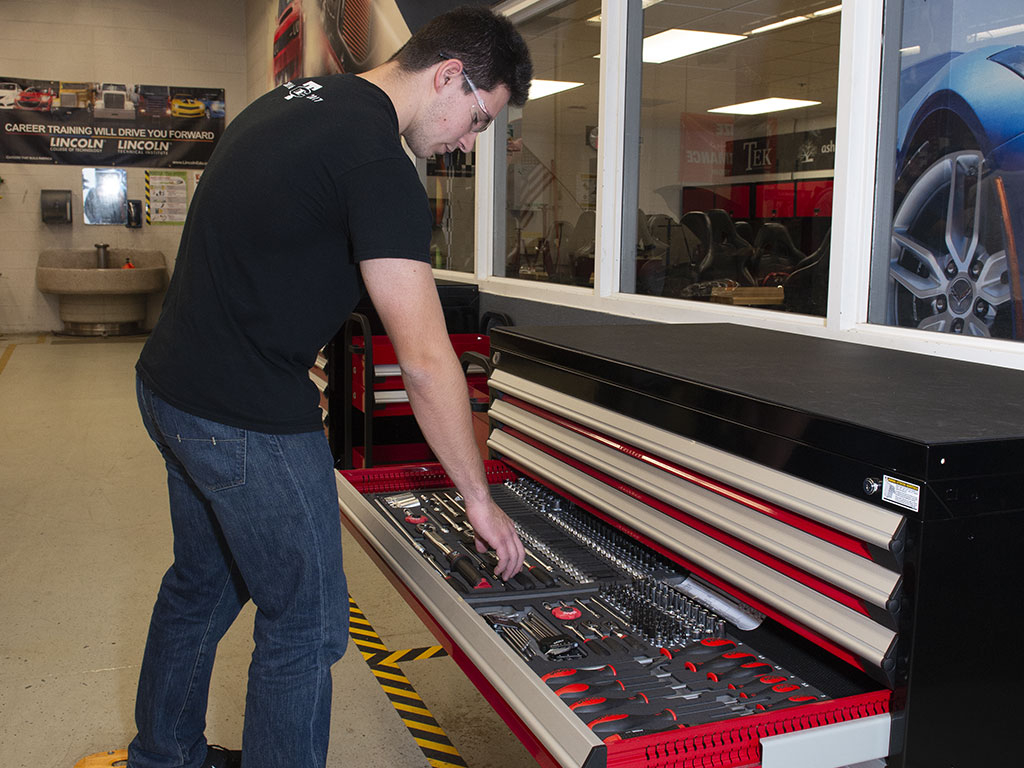 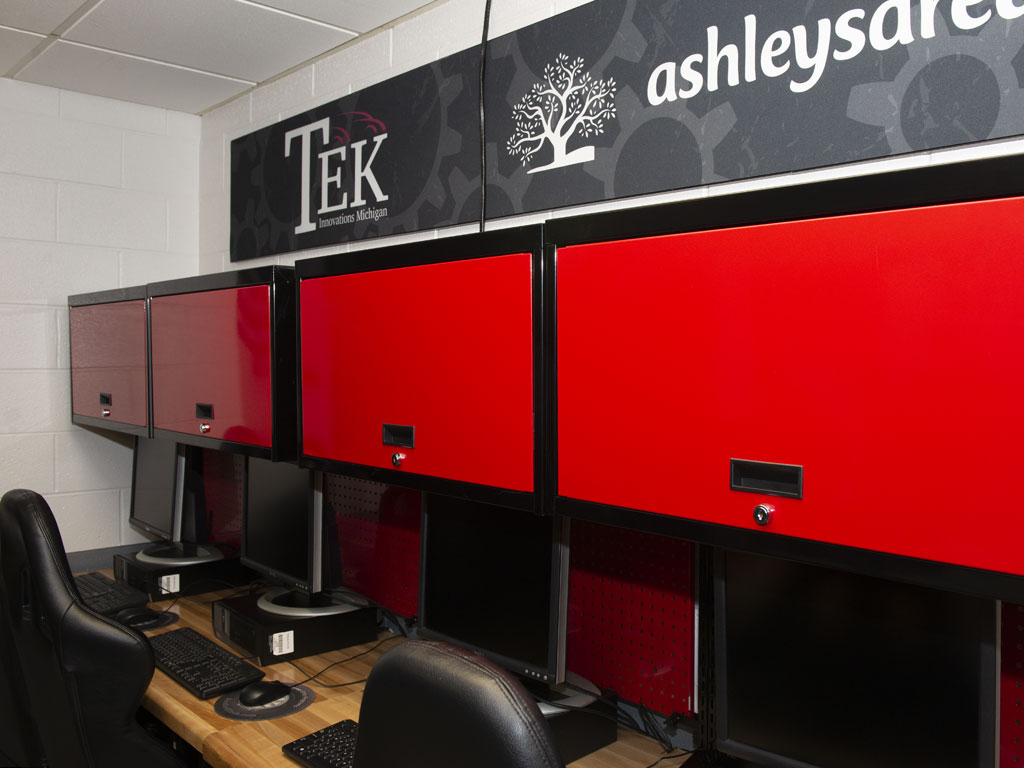 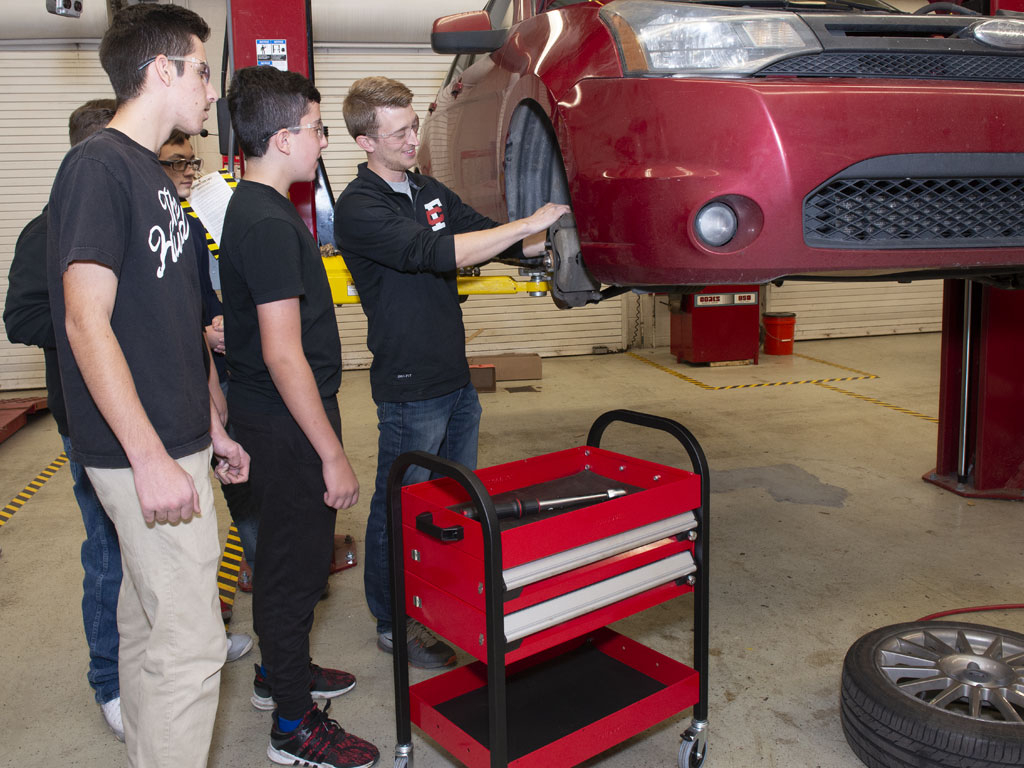