Graymont: When storage and efficiency come together

Effectively maintaining a mine often requires organized storage of inventory and tools. With this in mind, Graymont, PA, completely reorganized its maintenance department using a Spider® shelving and mini-racking system combined with drawers in shelving.

For better management of its maintenance system, the company needed to reorganize its inventory so that everything was accessible and easy to find.

Effectively redesign the parts inventory while preserving the existing infrastructure.

As the second largest producer of lime in North America, Graymont needed an efficient maintenance system to complete repairs quickly and to allow the mine to function properly. As Darrell Sharp, a maintenance superintendent, explained, "We were completely changing the way we do our maintenance system, going towards a lot of planning and scheduling, week to week, and really putting an emphasis on preventive maintenance. Part of changing the whole culture was organizing our parts and inventory so everything could be easily found. We needed to know what was in stock and what needed to be ordered."

Tim Proffitt, Vice President of J&J Material Handling, met Darrell and proposed a solution combining Spider® shelving, mini-racking and shelving unit drawers. J&J presented the most popular dimensions and configurations, and explained why they were popular. “They pointed us in the right direction and helped with the design and layout," explained Darrell. To make sure it was the right choice, Darrell visited a local company that had just upgraded its warehouse and had purchased a Rousseau cabinet. Tim claimed that "once they saw the quality, they were sold."

The project was completed in several phases because more than one warehouse had to be updated. As Darrell explained, "We did it in two steps. We handled the mobile end first and learned from that. Then the distributor came back and helped with the design of the stationary warehouse." Graymont employees installed virtually all of the products themselves. Tim backed this up by saying that ease of installation was one of the major reasons why Graymont opted for Rousseau products.

Versatility is a major feature of Rousseau products that makes all the difference in these kinds of projects. As Tim explained, "They liked the fact that we could do multiple things within the same system." Darrell added, "The big draw for me was that everything fits together. You can go down a row and go from regular shelving to drawers in the same shelving unit and connect that directly to mini-racking." In a mine where there are many different part sizes, the ability to keep them all close at hand is paramount.

Graymont also particularly appreciated the organization of the new installation. Darrell claimed that "knowing the parts, where they are and how many you have is essential when you try to run a facility producing over 2000 tons a day of lime. It is critical to know where your parts are and how many you have." The improvement was such that, after installation, the maintenance managers at Graymont realized just how many parts had been misplaced over the years. "They realized they had bought parts, but didn’t know where they were," explained Tim. Darrell even claimed that some suppliers had contacted them in the months following the installation because orders had significantly decreased. "Once all our parts were organized, we realized we had many more parts than we thought. We are running our business better now," he added.

The improved organization from this project has led to reduced costs (because many parts no longer have to be ordered regularly) and significantly improved efficiency. By knowing where each part is located in each warehouse, it is easy to quickly repair machinery and ensure optimum productivity of the mine.

Ultimately, the excellent results obtained from installing Rousseau products in Pleasant Gap mine have been noticed by other Graymont mines. As Darrell attests, "We were the first plant to take the initiative, and now other plants across Canada and the United States are all pushing to install the same system." 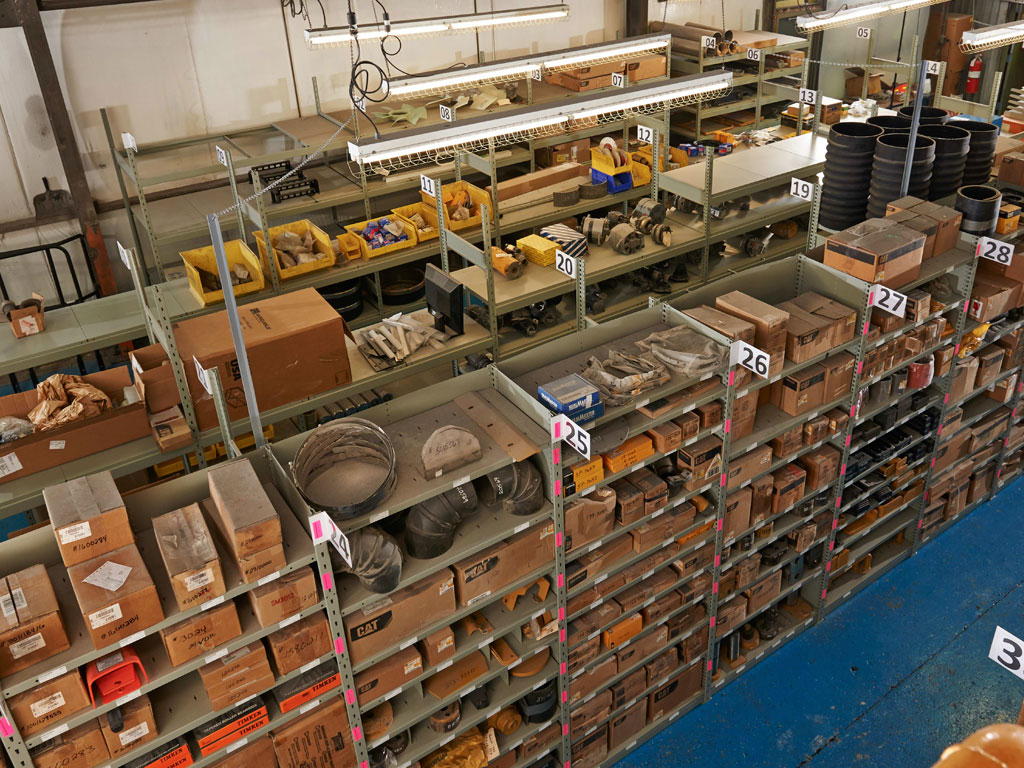 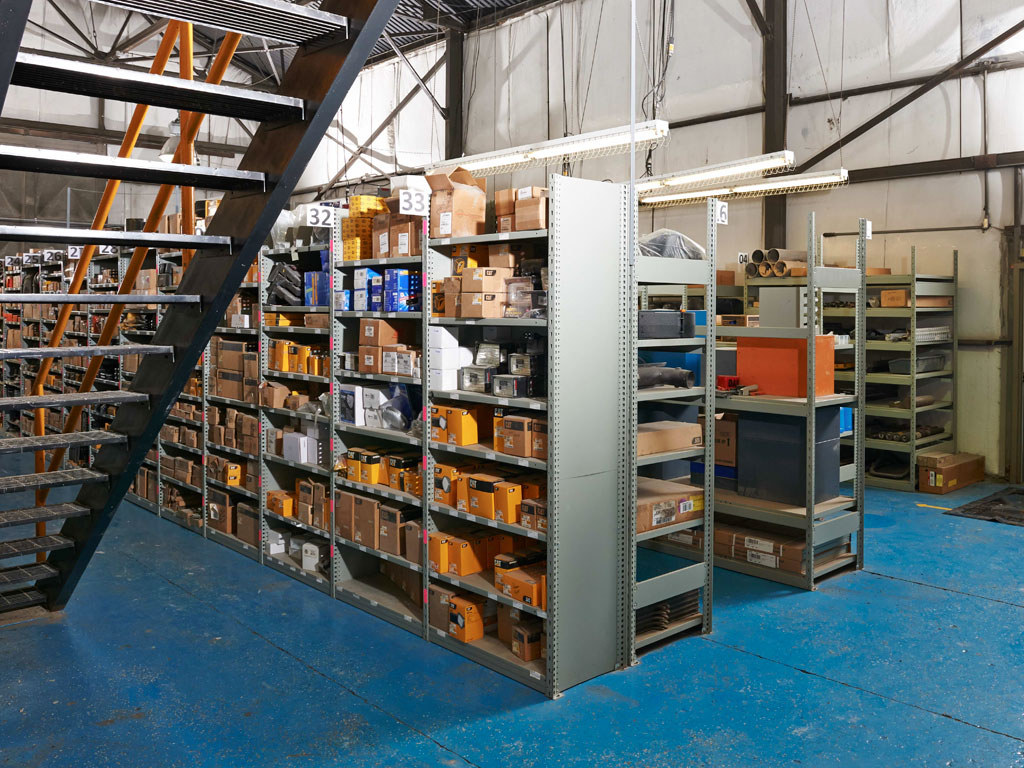 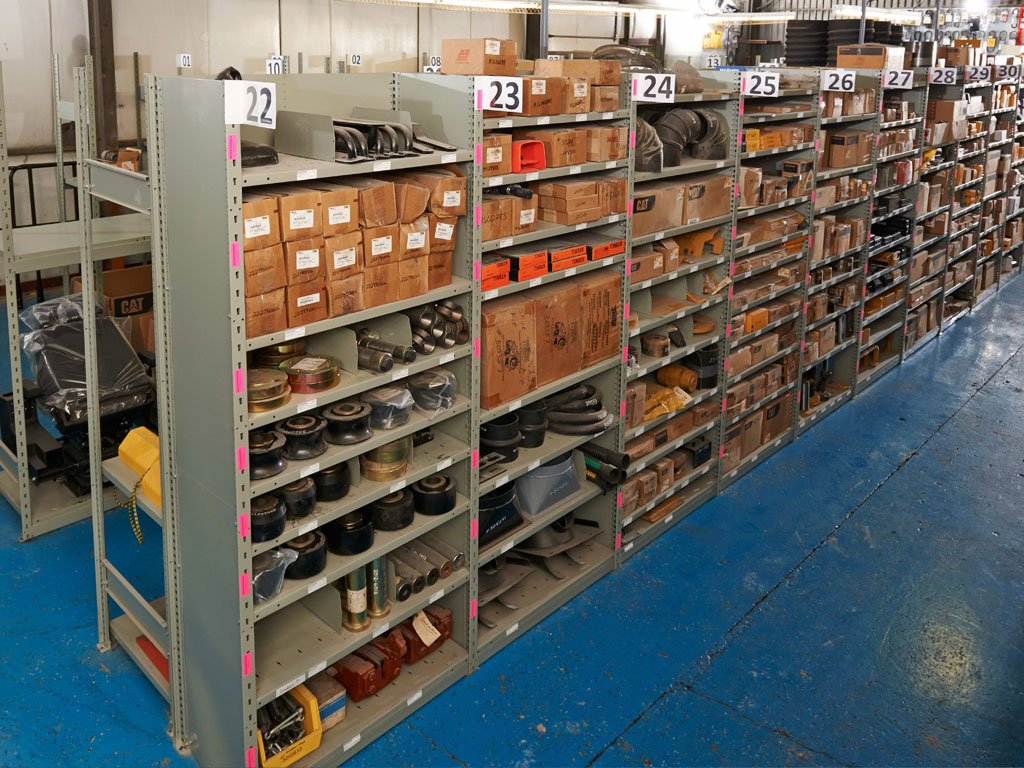